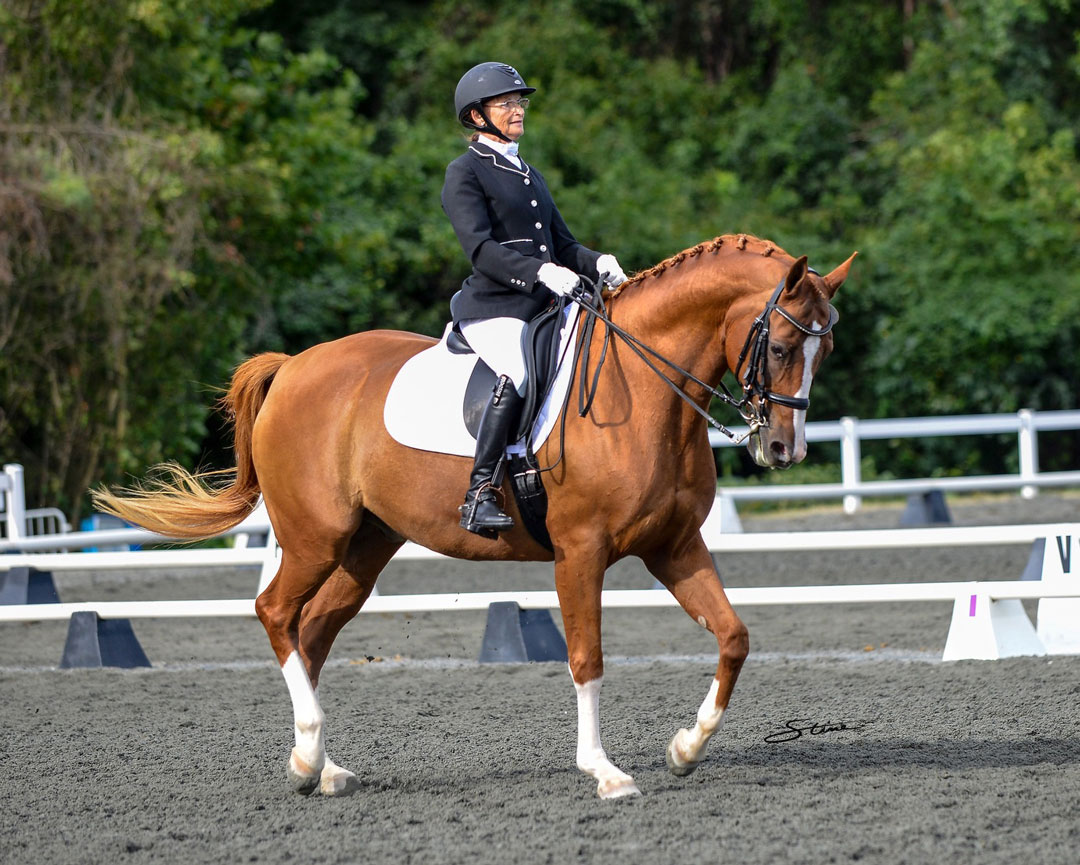 Raleigh, NC (October 13, 2017) — During this year’s Sport Horse National Arabian & Half-Arabian Championship Show in Raleigh, North Carolina, there was certainly no shortage of exceptional horsemanship, fellowship, and excitement amongst the show’s competitors. Always eager to give back to those who contribute to creating a positive and supportive competition atmosphere, leading footing and arena company Premier Equestrian was pleased to contribute to the excitement by presenting its Premier Equestrian Award to one lucky competitor at this year’s competition.

The recipient of the award was rider Nina Toon, who was chosen for her exemplary display of sportsmanship and continual support of her fellow riders throughout the show. As a part of the award, Toon was presented with a handsome engraved award tray and tri-color ribbon in recognition of her positive attitude and exemplary example of horsemanship.

A long-time patron of the show, Toon has been competing at the Sport Horse Nationals show since 2003. This year, she showed her twelve-year-old half-Arabian gelding, Krymsun Kid, in Third Level Dressage and the Sport Horse Under Saddle Amateur Owner to Ride class where the pair was named Champion. Toon has had Krymsun Kid since he was just nine days old, and is very proud of how far he has come. “The whole year has been absolutely wonderful. He has just been so good this year,” she said of the gelding. 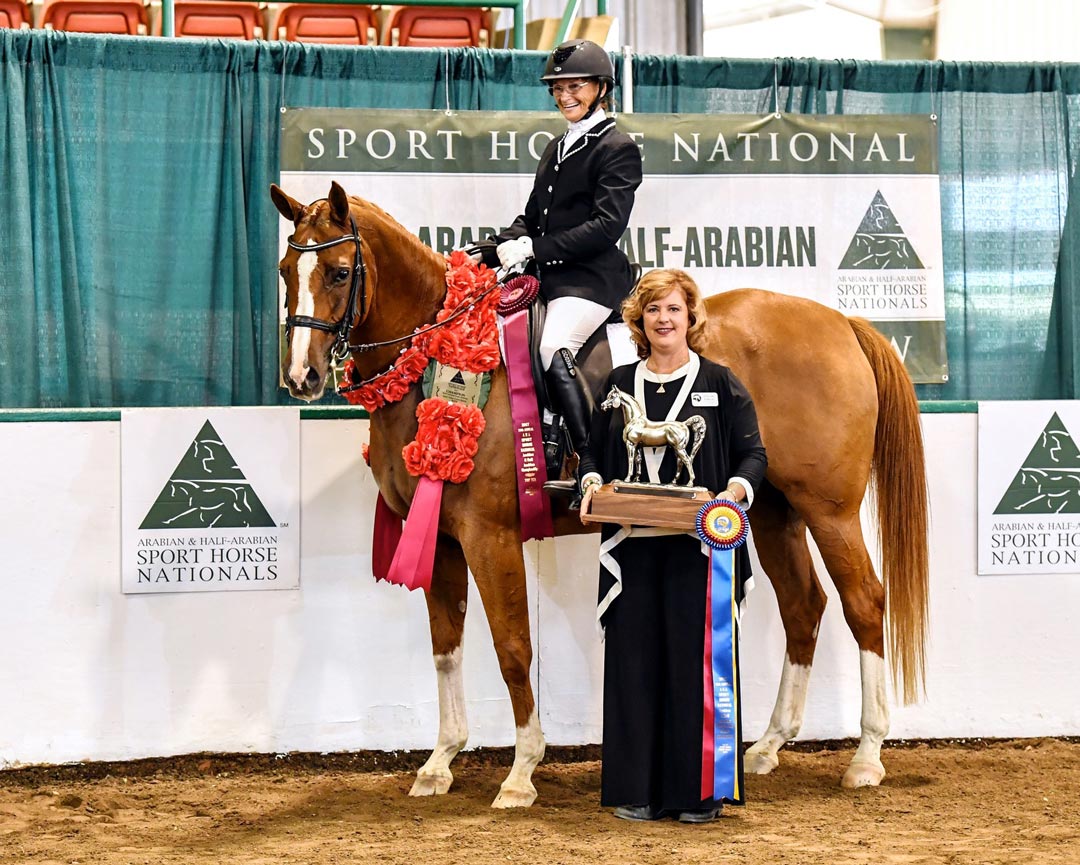 Even while busy preparing and showing her horse, Toon was sure to show her support for her fellow competitors at this year’s Arabian Sport Horse Nationals. She realizes that success in the show arena comes as a result of a good team spirit and a community of support. “You can’t do this alone,” said Toon. “If you can’t help somebody else or at least support them in their endeavor, then what does it mean to you? Everyone has been so good at helping me. Why shouldn’t I help and support others around me?” Judges and show officials recognized Toon’s outstanding attitude, and Premier Equestrian was proud to present her with the Sportsmanship Award.

Toon’s humble response upon receiving the award was indicative of her excellent sportsmanship. “The only reason I got this award is because other people have supported me, too. They’ve just been wonderful,” she said. “I am so honored to receive this award. It means a lot to me!”

Premier Equestrian was happy to learn that their award recipient Nina Toon is also a happy customer of the company! She uses Premier Equestrian’s footing in her arena at home in Citra, Florida. “When we moved to Florida, we started researching footing and what would be best, so we chose Premier. I just love it- it is the best thing, and everyone that comes and rides at my place loves it too!”

For more information about Premier Equestrian and its products, please call 1-800-611-6109 or visit www.PremierEquestrian.com.